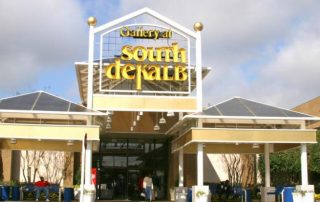 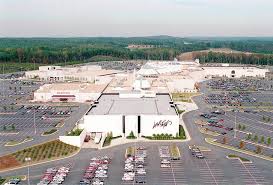 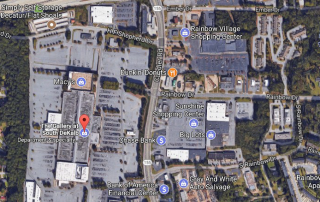 South DeKalb opened in 1968 with an-chors Rich’s and JCPenney. The mall has faced stiff competition from the beginning with several other malls in DeKalb County, mainly Northlake. The Rich’s in South DeKalb also had an automotive center similar to most Sears of that time. Unfortunately, JCPenney left the mall in 2001 and the space left behind by the anchor has been occupied by a furniture store called Amazing Rooms. Additionally, food court anchor Chick-Fil-A closed at the end of January 2012.

South DeKalb Mall became known recently as “The Gallery at South DeKalb”, partly reflecting its new owners ideas to change the image of the mall. Currently its anchors are Macy’s (formerly Rich’s), Amazing Rooms, and American Screen Works a theatre with 14 screens, stadium seating and an entertaining jazz lounge. The Mall is also home to a Piccadilly Cafeteria and has a small office center located behind it.

However, the competition is still fierce for The Gallery at South DeKalb with the recent addition in 2001 of The Mall at Stonecrest.