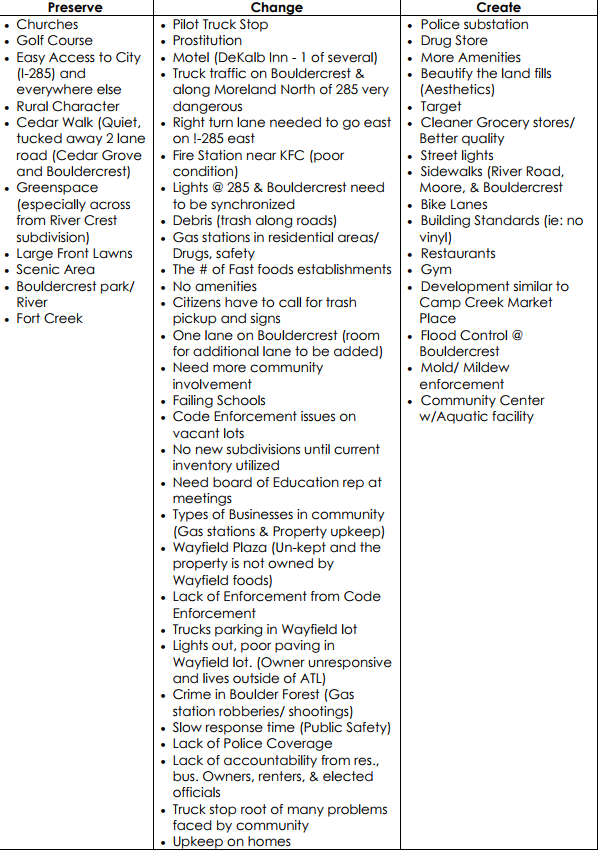 Beginning in August of 2007, preliminary discussions were held with DeKalb County staff officials to identify areas within South DeKalb that would benefit from a localized planning initiative. Over the following months, a scope of services was defined and a consulting firm was selected to lead the Moreland-Bouldercrest-Cedar Grove Planning Initiative. Within the boundaries of the study area, there are several neighborhoods, businesses, and organizations represented, each with their own hopes and ideas for the future. In an effort to include each of these groups in the planning efforts for the space, a series of Community Meetings were held.

During these meetings, community members and busi-ness leaders discussed what changes they would like to see take place in this space. Some of the solutions they reached are depicted in the chart to the left. 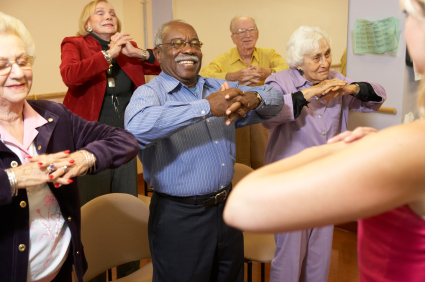