The map depicts citizens of District 3’s ability to get around using both automobiles as well as alternative means of transit. Currently, District 3 contains two interstate highway interchanges and several major arterial roads. However, although there are several just north of its boundaries, District 3 does not as yet contain any MARTA stations.

Additionally, while there are a number of bus stops, certain areas of the district—particularly a portion of the eastern side as well as the southwest corner—appear to be underserviced. This would imply that people in certain parts of the district who must take alternative means of transit have a more difficult time gaining access to assets and facilities. 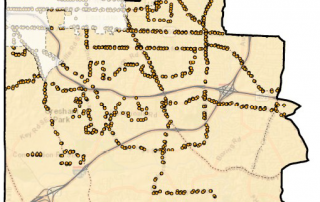 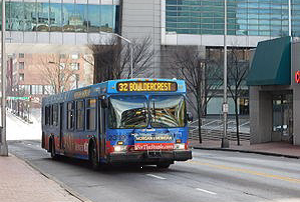