The only Municipality with boarders that overlap District 3’s is the City of Atlanta. East Lake is one of Atlanta’s more historic neighborhoods. The neighborhood is on part of a 19th-century plantation formerly owned by Lt. Col. Robert Augustus Alston, whose home, known as Meadow Nook, still stands across from the East Lake Golf Course. Residents protected and preserved the aesthetics of neighborhood during the tumultuous 1960s, 70s, and 80s and as a result, the neighborhood began to attract young urbanites who then changed the residential character of East Lake, creating a dramatic property value inflation of as much as 230%.

The ELFMarket has since evolved into a not for profit charity that seeks to build community through food by hosting charity cook offs, offering reduced cost fresh produce, partnering in the community to try to improve health outcomes and bringing together area neighbors Saturday mornings April through October each year. In the year 2012, the Market partnered with the Southeastern Horticultural Society and built a raised bed urban farm at the former site of a gas station. 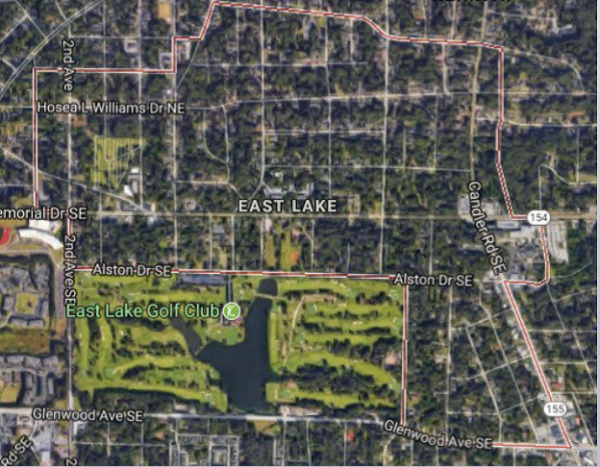